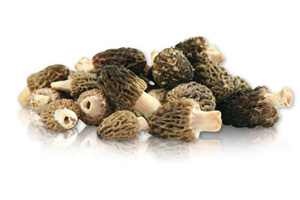 As you may or may not know, MarxFoods.com is the sister company of an ultra high-end restaurant distributor.  You may think the Marx Foods store is big, but we actually have access to thousands of other products.

Anyway, one of my favorite things to do here is have the occasional moment to look over our available product lists, checking to see if there’s anything particularly awesome to offer on the store.

I was picking through all of the different cultivated & wild mushrooms…and I came across an entry for “Bamboo Mushrooms.”

I wasn’t familiar with bamboo mushrooms, so I started to do a little research (yes, I’m a total food nerd).  I hit Wikipedia, and discovered that the odor of the Hawaiian variety of bamboo mushrooms has been demonstrated (in one, un-duplicated study) to cause spontaneous female orgasm.

This was it.  My ship had finally come in.  Clearly whoever had linked the study on Wikipedia hadn’t seen the true potential of these mushrooms.  I was all set to march into Justin’s office, propose MarxColognes.com, demand a lifetime supply of fresh morel mushrooms as a finder’s fee, and usher in a new era of world peace (sure global productivity would plummet, but who cares? SPONTANEOUS FEMALE ORGASMS!).

No wonder so many couples honeymoon in Hawaii!

Then I read that men apparently find the smell revolting (I’m sure there’s a lesson about the sexes in there somewhere).

And that’s my story.  To be honest the Hawaiian mushrooms aren’t really widely available anyway, I think the ones we have access to are Chinese.

Still, it would have been pretty cool…