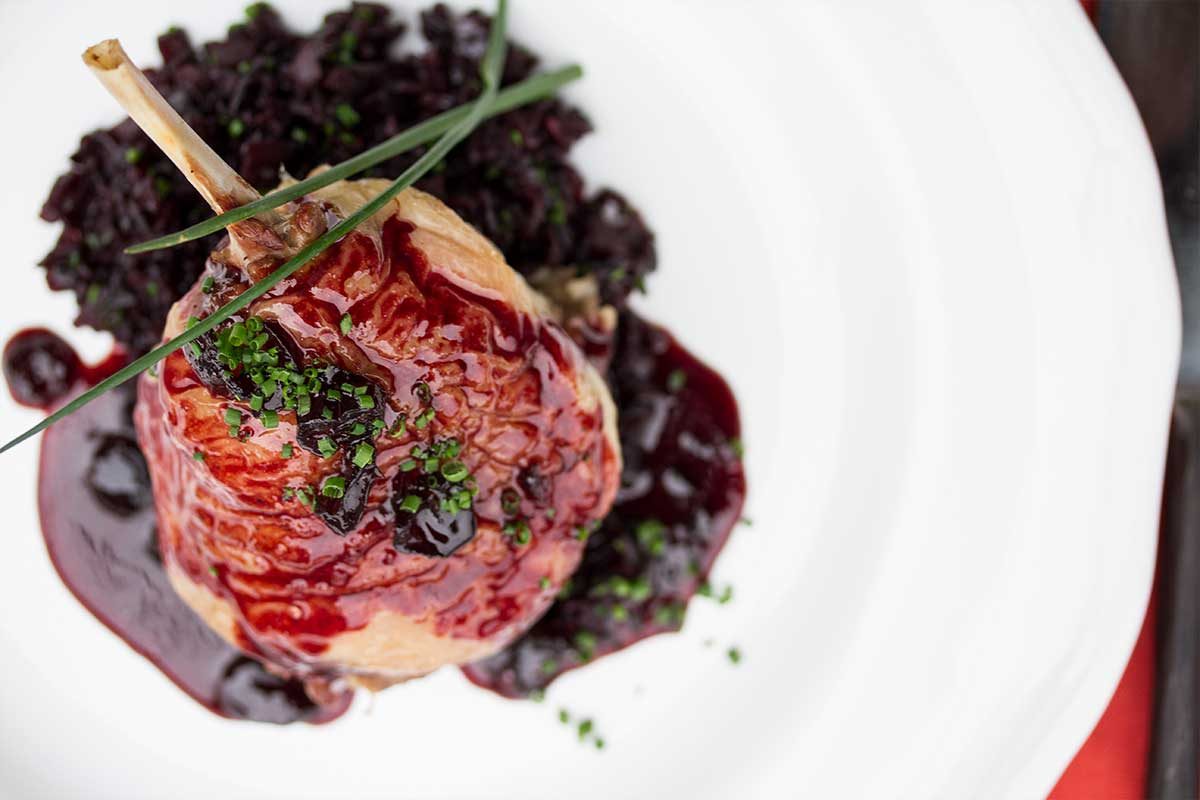 Rich, moist duck legs filled with bacon-chestnut stuffing and slow roasted, then finished with a cranberry glaze. For a more elegant presentation you can french the leg bone (as we have here). 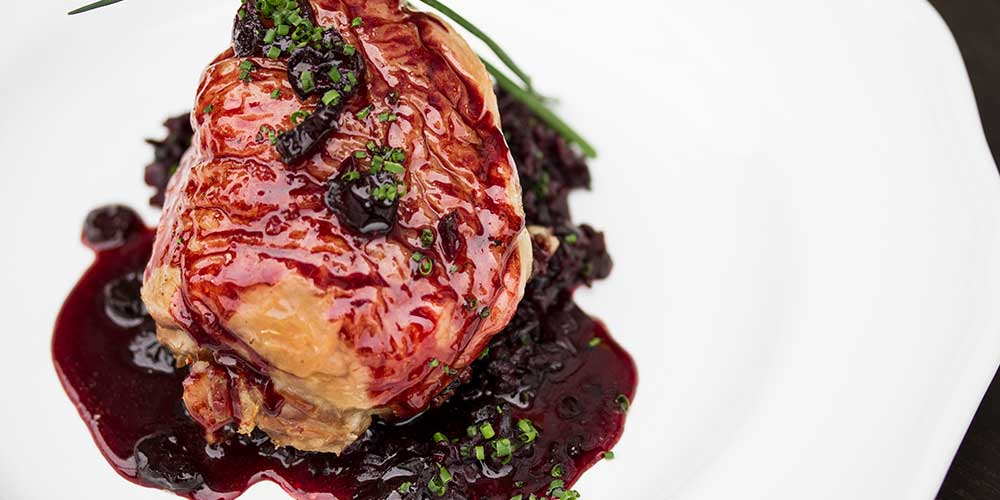 1
Preheat your oven to 400 deg rees.
2
Put the lardons in an oven-safe frying pan with enough water to cover. Render the fat out of them over medium heat.
3
When almost all the water has evaporated, move the pan to the oven. Roast, stirring occasionally, until the bacon has crisped. Remove the pan from the oven and pour the bacon out onto paper towels to drain.
4
Reduce the oven temperature to 350 degrees.
5
Remove the thigh bone from the duck legs (How to Debone Duck legs) and french the leg bones (How to French Bones).
6a
Melt the butter in a frying pan, then saute the onions in it until softened & translucent.
6b
Add the chestnuts, chicken stock, bread cubes, a ¼ cup of the rendered bacon, salt and pepper. Stir to combine and cook just until moistened.
6c

Note: You can make the filling ahead and let it cool for later use, or stuff the legs and roast immediately.

7a
Stuff the legs, and wrap their bottoms with aluminum foil.
7b
Place the legs in a baking dish in the oven. Season them with salt & pepper, then roast until cooked through (approx. 45 minutes).
8a
Put the honey in a frying pan and cook over high heat until it starts to caramelize (brown around the edges).
8b
Carefully add the red wine vinegar (it will bubble and may splatter). Continue to cook 5 minutes.
8c
Add the red wine and cranberry juice. Simmer until the liquid has reduced enough to coat the back of the spoon.
8d
Stir the cranberries and butter into the glaze over high heat until the butter is incorporated.
9
Remove the foil from the duck legs and serve them with your choice of sides, finished with the glaze.
Browse More:
Duck Recipes
Chestnut Recipes