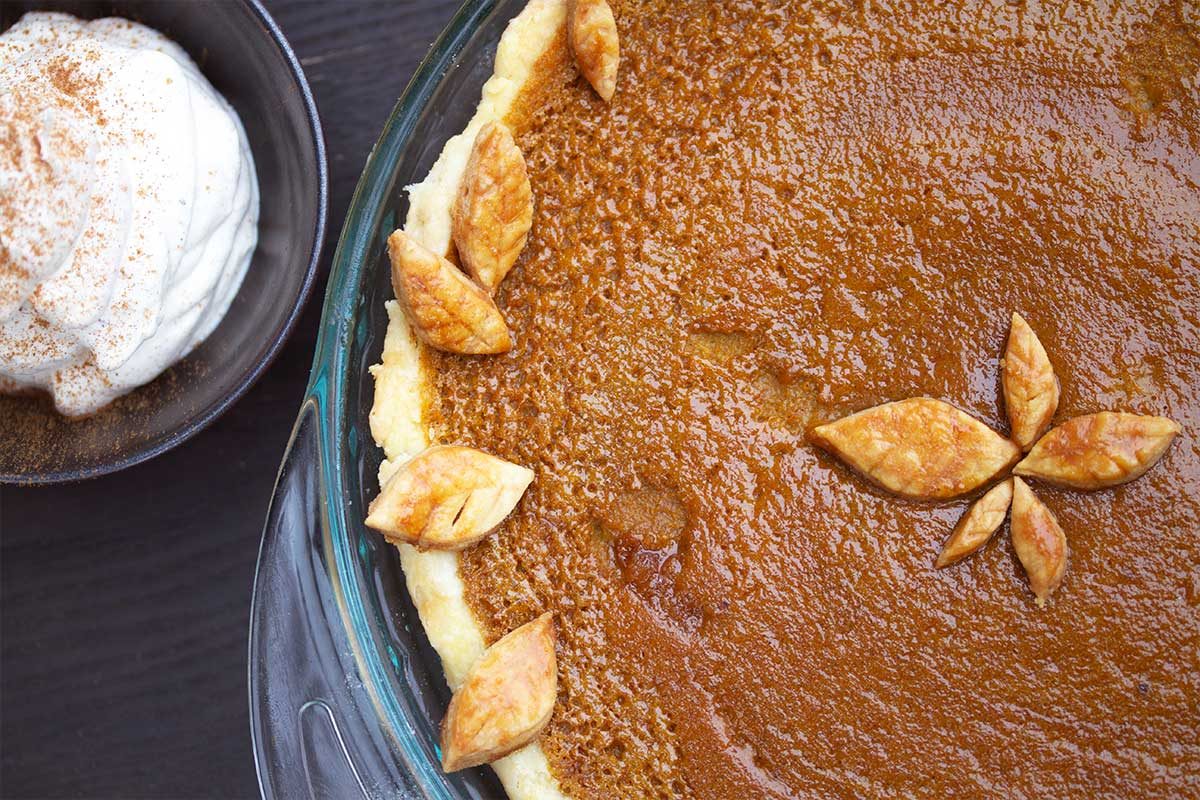 Take your favorite Thanksgiving pie to a higher plane of existence through the careful application of extra spices & sherry.  Not much more work, but extra delicious! 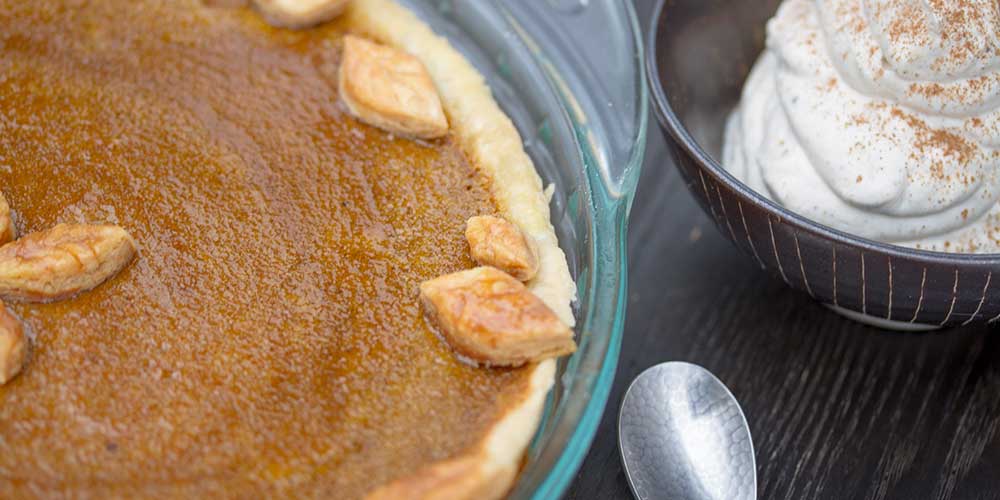 1
Preheat your oven to 350 degrees.  Combine the flour, butter & salt in a food processor.  Pulse until the butter is in small pieces (like peas or grains of rice), about 30 times.
2
Move the crust mixture into a wide bowl.  Add 3 tbsp of ice-cold water and mix the dough by hand.  Squeeze the dough in your hands until it forms a ball without crumbling.  If the ball crumbles, add more ice water and continue to gently mix.
3
Pour the dough out onto a sheet of parchment paper.  Lift and fold over the sides of the paper, pressing down, until it forms a disk.  Put the wrapped disk in your refrigerator for ten minutes.
4
Roll the chilled pie dough out until it’s ¼” thick.  Fold the dough into quarters.  Transfer it to your pie pan, then unfold it.
5
Let the dough sink into the pan, very gently stretching if necessary.  Gently press into the pan.  Trim around the outer edges of the dough, ½” from the pan, with kitchen shears or a knife.  Fold this overhang back into the dough at the top of the pan to create a double-thick top edge.
6
Score the crust with a fork.  Put the pan in your freezer for five minutes.
7
Remove the pan from the freezer & cover the crust with a layer of foil.  Weigh the foil in the cavity of the pie down with a layer of pie weights, pie chains or dried beans.
8
Bake the pie crust in the oven for ten minutes, then remove it from the oven and remove the weights.  Return to the oven and bake for an additional ten minutes.
9
Roll out the leftover dough into a ¼” thick sheet.  Cut (with a knife or cookie cutters) into decorative shapes.  Put them on a baking sheet & brush them with the egg wash.  Bake until golden brown.
10
While the pie crust is baking, blend together the pumpkin puree, brown sugar, spices, and salt in a food processor.  Process until smooth (about 1 minute).
11
Move the pumpkin mixture to a small pot and cook over medium-high heat, stirring constantly, until it thickens and becomes shiny.
12
Once the pie crust has baked, whisk the heavy cream and milk into the pumpkin mixture.  Cook it just until it comes to a simmer.
13
Mix the eggs in the food processor until the yolks and whites are combined.  While continuing to run the processor, pour the pumpkin mixture in through the feed tube.
14
Once all the pumpkin is in, process for an additional 30 seconds and pour the filling into the crust, filling it almost to the top.
15
Bake the pie in the oven until the filling sets enough to just barely jiggle when gently shaken (about 25 minutes).
16
Remove the pie from the oven and let it cool on a wire rack for at least an hour.
17
Toast the cardamom seeds in a dry pan until fragrant.  Add the ground cinnamon and continue to toast for ten seconds, stirring.
18
Transfer the spices to a spice or clean coffee grinder and grind to a super fine powder.
19
Simmer the brandy in a small pan until it’s reduced by half in volume.
20
Whip the cream to soft peaks. Fold in the spices, sugar, and brandy.
Browse More:
Dessert Recipes
Spice Recipes