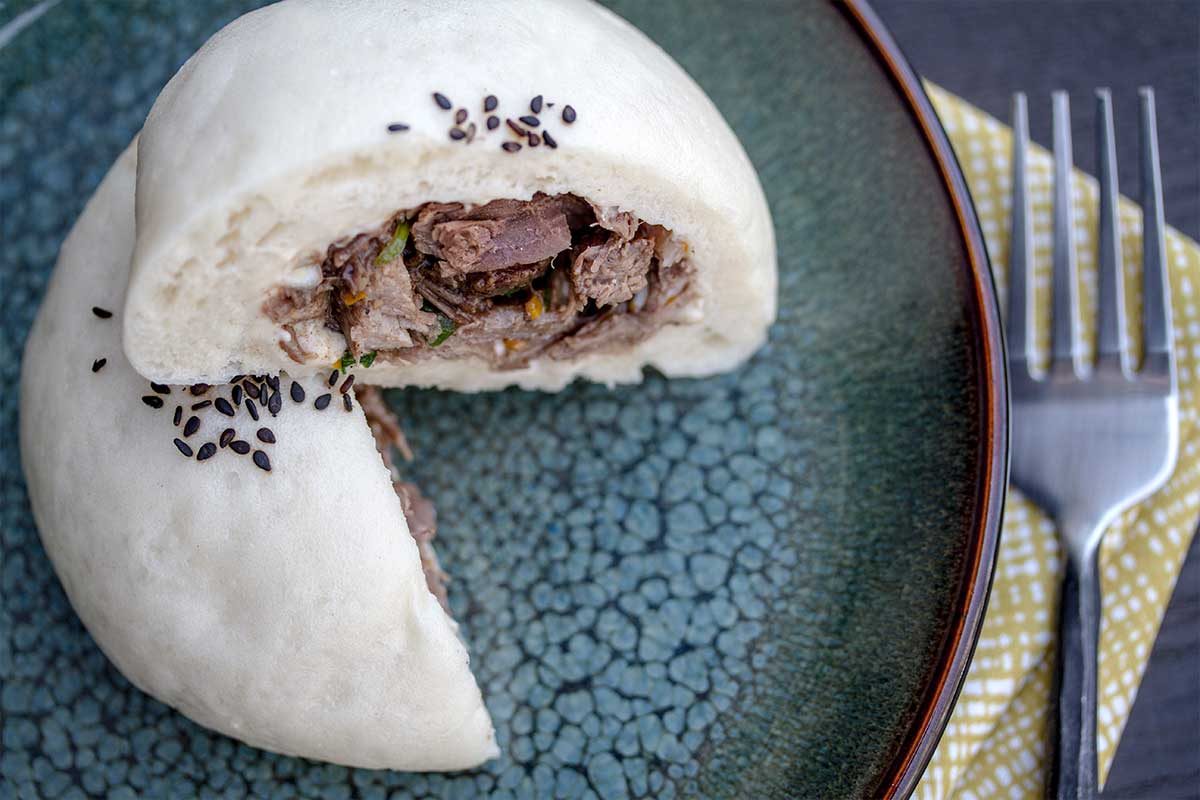 The fluffy, hearty steamed Chinese buns so many of us know and love are easier to make than you think. Here we’ve stuffed them with braised wild boar. 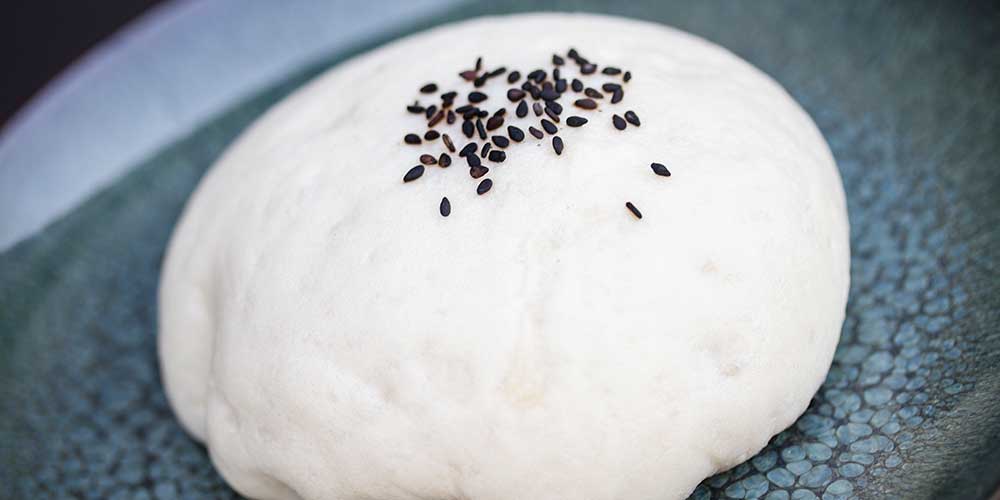 1
Sear the cubed wild boar shoulder in a hot, oiled, oven-safe pot until the cubes are browned on all sides.
2
Add the braising liquid ingredients.
3
Bring the liquid to a boil, then cover the pot and move it to the oven to braise until the wild boar is tender enough to push a knife into without resistance.
4
Make the dough: Dissolve the sugar and yeast in the tepid water. Wait for the water to bubble. If it doesn’t, get fresh yeast & try again with fresh water & sugar.
5
Start to mix in the flour in small increments until the dough doesn’t stick to your hands (about 2 cups, give or take).
6
Turn the dough out onto a floured counter or cutting board and knead for 2-3 minutes.
7
Place the dough in a large oiled bowl, cover the bowl with plastic wrap and put it in a warm place for the dough to rise. Let it rise until the dough has roughly doubled in size.
8
When the wild boar is tender, strain off the braising liquid. Chill the liquid until the fat rises to the top and skim the fat off.
9
Pour the braising liquid into a frying pan & simmer it to reduce until it becomes very thick.
10
Shred the wild boar meat & add the orange peel, green onions & reduced braising liquid.
11
Turn the dough out onto a floured counter or heavy cutting board. Cut it into 12 balls. Gently flatten each ball into a disk. Put a heaping spoonful of filling in the middle of each disk, then gently wrap the dough around it, pinching it closed.
12
Once they’re all formed, put the hum bao on a lightly oiled baking sheet, cover them, and let them proof (rise again).
13
Brush the top of each hum bao with egg white. Sprinkle them with some black sesame seeds.
14
Bring a shallow layer of water to boil in a pot with a steamer. Oil the steamer or cut parchment paper into rounds just big enough for a hum bao to sit on. Add the hum bao (you may have to cook them in shifts) to the oiled (or parchment paper covered) steamer and steam them for ten minutes.
15
Remove the hum bao from the steamer and let them cool until safe to eat. Serve hot or cold.
Browse More:
Wild Boar Recipes
Roast Recipes