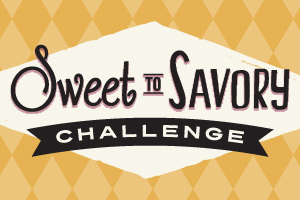 When you think of sugars, vanilla and other sweet ingredients, you probably think of desserts, or at least sweet recipes. Get ready to break the mold.

If you want to take on the Sweet to Savory Challenge, you’re going to have to use vanilla beans, fennel flower crystals, coconut sugar and granulated honey in a savory recipe. You will not be required to use all 4 ingredients (you certainly can if you want!), but you do need to use at least 2 of the ingredients.

To throw your hat in the ring for this challenge:

1. Send your name, mailing address and blog URL to Katie at kwallace(at)marxfoods(dot)com by Friday 9/13.

2. When you receive your box of goodies, create an original, savory recipe that features at least 2 of the ingredients we sent you.

3. Publish the recipe on your blog and send the link to Katie by Sunday 10/6.

The winning sweet to savory recipe will be chosen by a combination of voting methods. We will publish links on our blog to all of the recipes submitted and we will open a public poll; when the poll closes, the Marx Foods staff will select the winning blogger from the 5 participants with the most votes.

The scrumptious prize at stake for this challenge is a $100 gift certificate to MarxFoods.com!