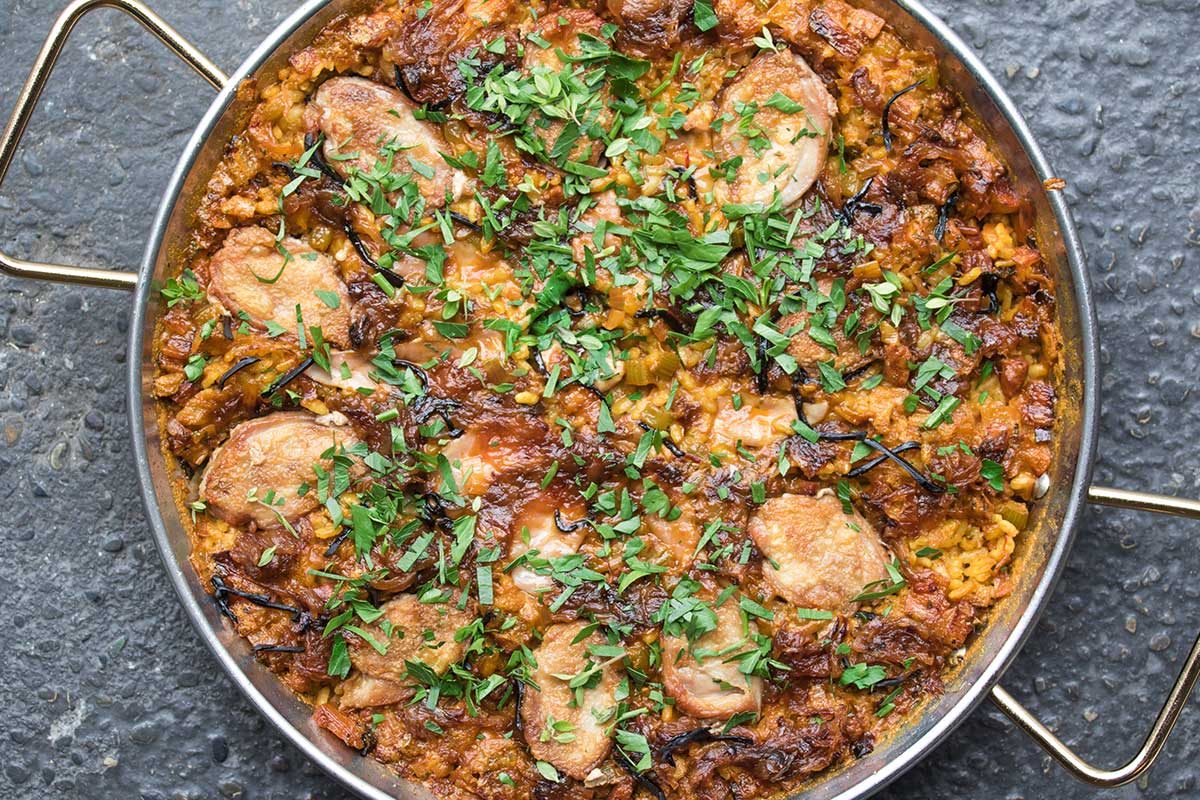 Rich, intensely savory, meaty & satisfying with just a touch of kick, this paella recipe is one of our favorites. 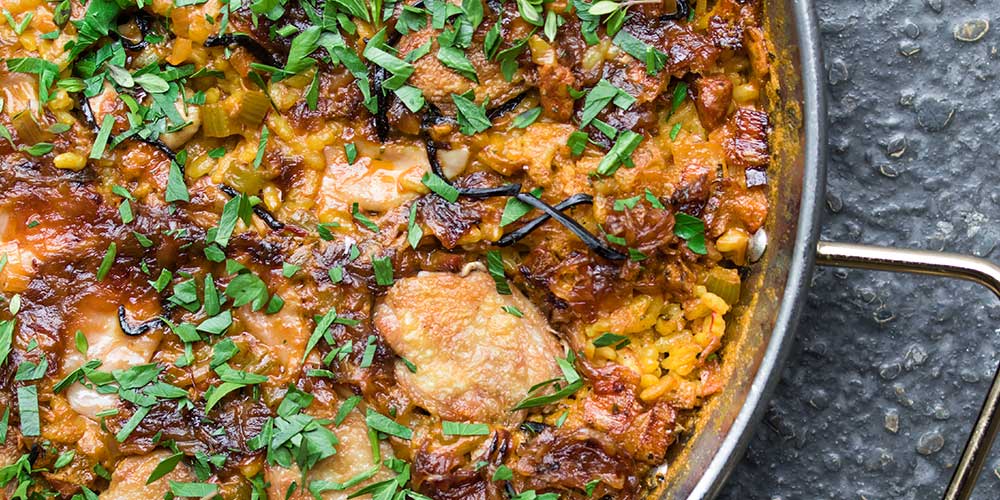 1
Caramelize the Onion (how to caramelize onions). Once it’s finished, remove it from the pan to a bowl & stir in the sherry vinegar.
2
Peel & Very Thinly Slice the Black Garlic Cloves: Dip the knife in very hot water between slices to help it cut cleanly through the cloves without mashing them.
3
Pour the ¼ cup extra virgin olive oil into your paella pan. Get it hot over medium-high heat.
4
Dry off the quail breasts, pull off the tiny tenderloins (reserve them for later in the recipe) & season the breasts with salt.
Lay the breasts into the pan, skin side down, and cook just until the skin has crisped (a portion of the breast will still be raw/rare, that’s ok).  Do not flip them to cook the other side.  As soon as the skin is crisped, move them from the pan to a clean plate.
5
Cook the Sofrito: Add the leek, celery, chorizo & pimentons to the pan. Cook, stirring, until the vegetables have softened.
6
Pour the paella base into a small stock pot with the saffron and the ½ cup of extra liquid. Bring the liquid for a light simmer.
7
Add the rice to the pan with the sofrito & stir to coat it with the oil and lightly toast it.
8
Pour all of the paella base into the paella pan, along with any juices that have collected on the quail plate, the lemon thyme leaves, and a pinch of salt.
Stir to ensure the rice is evenly distributed.  This is the last time you will stir the paella.
9
Bring the paella liquid to a boil, then reduce the heat to a simmer. Simmer until the rice shows above the broth.
10
Nestle in the raw quail tenders, gently pressing them into the rice until submerged but not covered.
11
Sprinkle the caramelized onions across the top, along with the black garlic slices.
12
Cook for five minutes, then gently press in the quail breasts, skin-side up, until only the skin protrudes above the rice.
13
If the tenderloins are still not cooked through, put some of the rice on top of them to better insulate them in the heat. Cook until the tenderloins & quail breasts are no longer translucent at any point.
14
Garnish with the chopped parsley and additional thyme leaves. Drizzle some extra virgin olive oil over the top.  Serve family-style in the pan.<
Browse More:
Quail Recipes
Paella Recipes
Black Garlic Recipes
Saffron Recipes
Pimenton Recipes