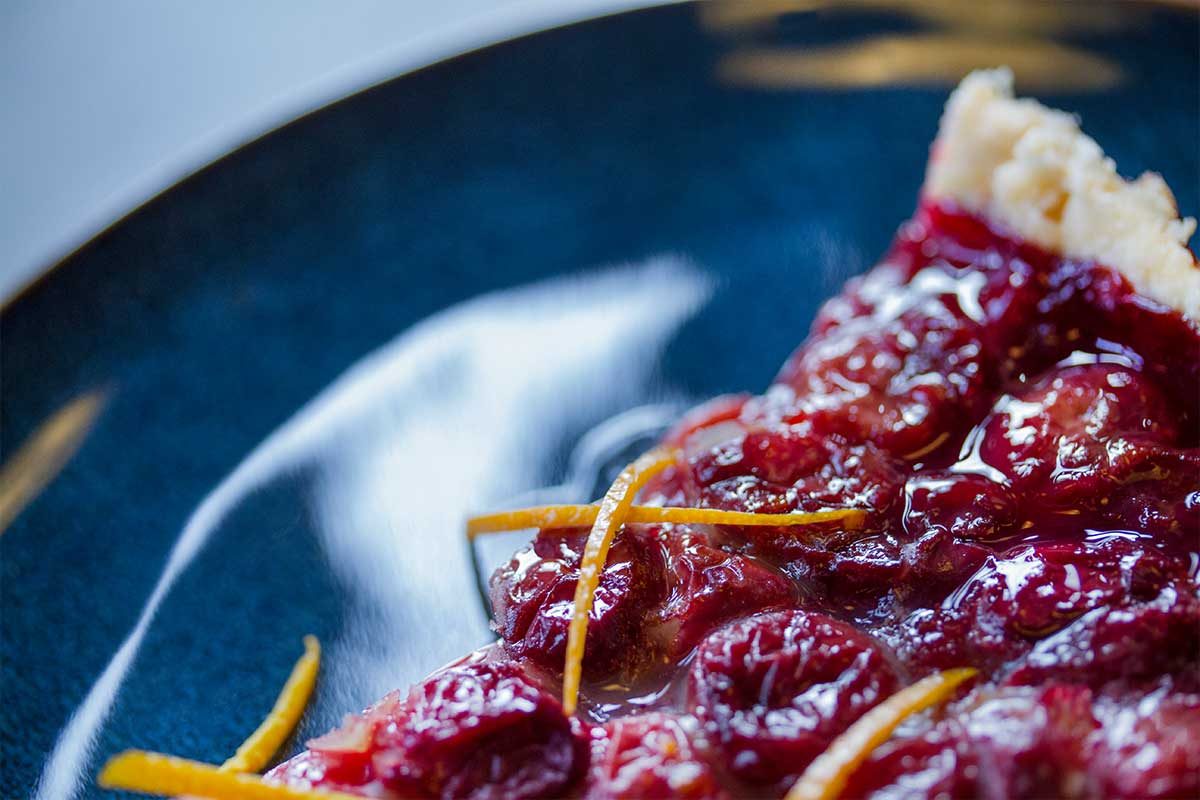 Makes Enough for One 11″ Tart 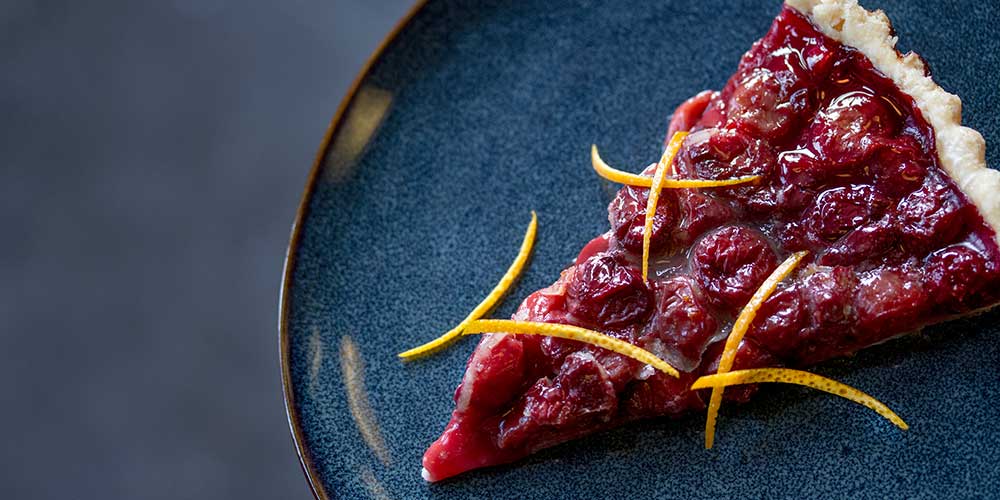 1
Mix together the flour and salt in a large bowl.
2
Add the chilled butter & lard.  Press the butter and lard into the flour until it forms floured lumps the size of small peas.
3
Add ice water to the flour, 1 tbsp at a time, mixing with an open hand, just until you’re able to bring the dough together into a ball.
4
Split the dough into two balls and press them into disks.  Wrap each disk in plastic wrap.  Chill the dough (15 mins in the freezer or 1 hour in the fridge).
5
Flatten out one of the dough disks and roll it out very thin (approx. 1/8” thick) until it’s wider than the top of the tart pan.
6
Gently lift the dough into the pan, letting the dough hang over the edge.  Use a rolling pin to roll over the edges of the tart pan, cutting off the excess.  Use the scraps to fill any holes in the top of the crust.
7
Move the crust (in the tart pan) to the freezer to chill again.
8
Preheat your oven to 375F.
9
Simmer the cherry juice in a small pot on the stove until it reaches a syrup consistency.  When it’s reduced to a quarter cup, add the Cointreau, piloncillo, orange zest, pinch of salt & cherry seed oil.
10
Stir in the cherries & corn starch.
11
Pour the filling into the chilled tart shell.  Top the filling with the remaining cubes of unsalted butter (evenly distributed) & sprinkle it with the remaining tablespoon of piloncillo.
12
Put the tart pan on a baking sheet and move it to the oven to bake.
13
Bake for 45 minutes.
14
Remove the tart from the oven and let cool, then remove it from the tart pan & serve.
Browse More:
Fruit Dessert Recipes
Cake, Cookie & Pie Recipes