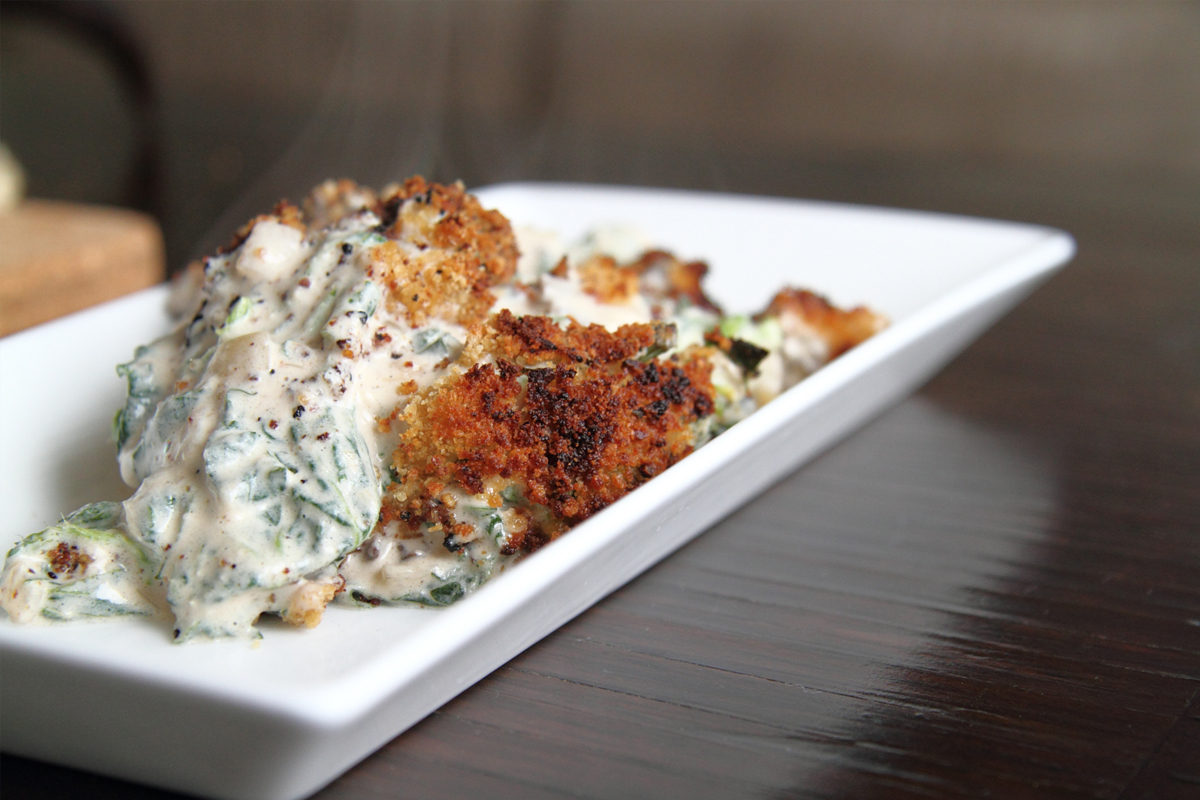 This gratin is so delicious you won’t miss the potatoes, which have been replaced by healthier (and more interesting) stinging nettles and morel mushrooms. If you don’t have nettles on hand, don’t worry, you can always substitute another hearty green.

1
Wearing gloves or using tongs, rinse the nettles in cold water. Blanch them in boiling water for 90 seconds, then drain them in a colander.
2
Run cold water over the nettles to cool them to room temperature. Press down on them to squeeze out all the water.
3
In a pan with some olive oil, sweat the shallot until translucent.
4
Cut the small morels in half lengthwise, and cut the large ones into disks. Chop the nettles into bite-sized pieces.
5
Deglaze the shallot pan with the white wine. Simmer until the wine doesn’t smell strongly of alcohol anymore.
6
Add the morels and the heavy cream.
7
Bring the cream to a very low simmer (take care not to scald it) and cook until the volume of liquid has been reduced by half (takes about 40 minutes).
8
Add the nettles, toss, and move the mixture into a ramekin.
9
Toss the bread crumbs and parsley together, then use them to top the gratin.
10
Broil the gratin briefly to crisp the top. Serve.
Browse More:
Nettle Recipes
Morel Mushroom Recipes
Mushroom Recipes
Wild Produce Recipes