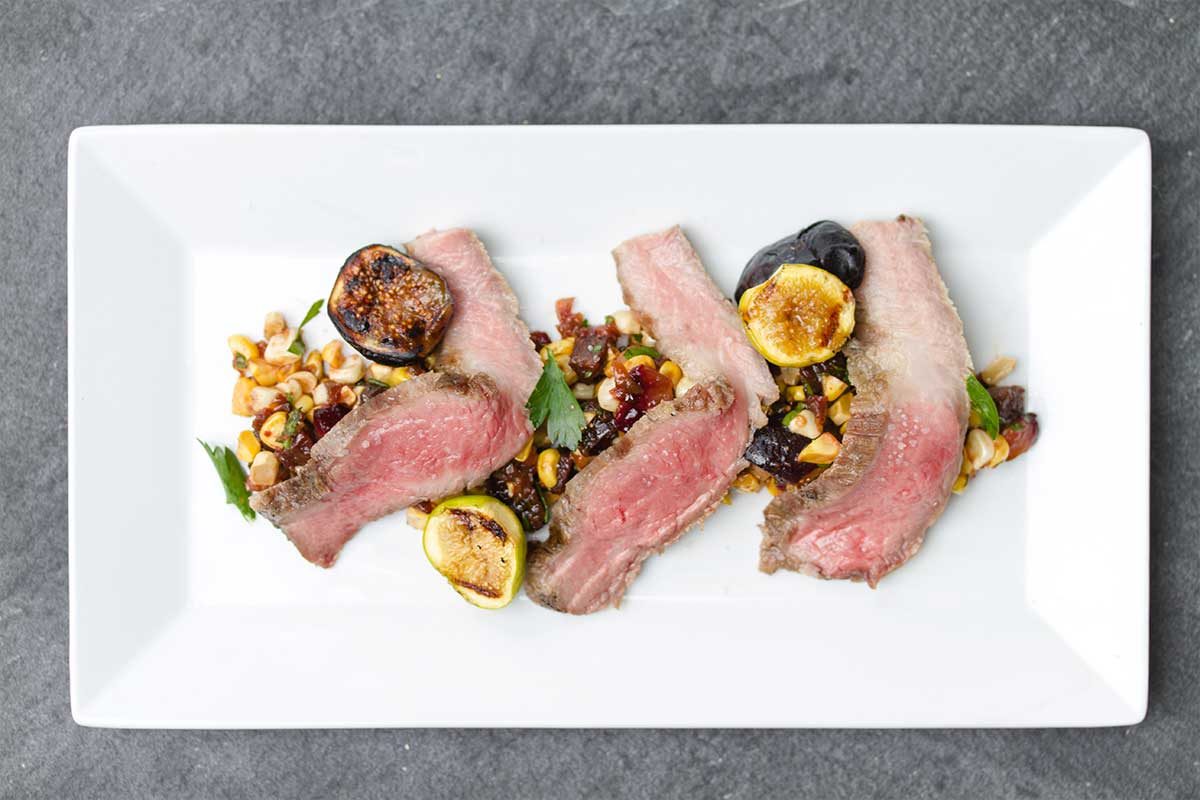 Rich, sweet grilled Iberico pork balanced with a warm fruity, savory-tangy-herby chorizo, fig & corn salad.  This recipe is exquisite, one of our favorites from this photo shoot!

If it’s too cold to grill outside, you can also sear the pork, figs & corn inside in an oiled pan over high heat. 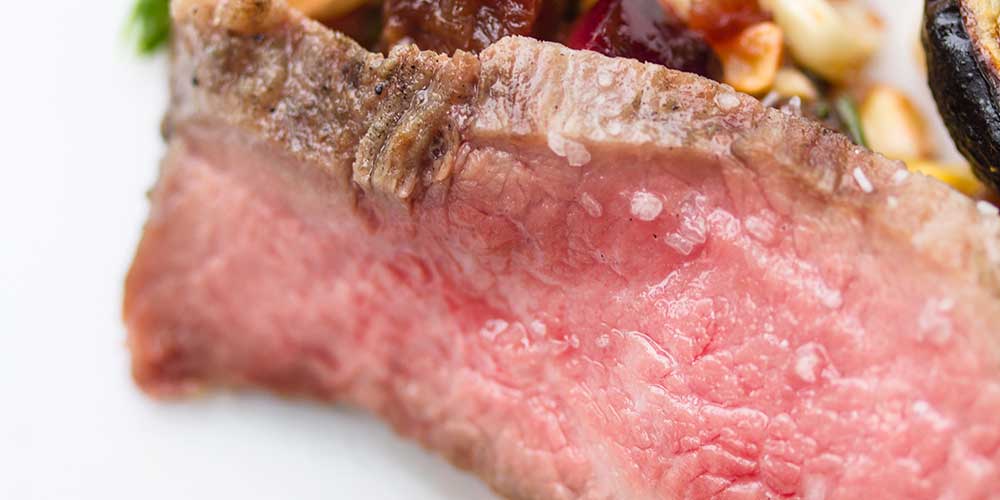 1
Render the fat out of the chorizo cubes in a dry pan over medium-low heat until they’re lightly crispy. Stir the chorizo (without the rendered fat) into the caramelized onions.
2
De-stem & halve the figs.
3
Season the pork liberally with salt.
4
Grill the figs, cut-side down, until well caramelized. Flip them & grill for another 30 seconds.
5
Grill the corn on the cob, turning it periodically, just until it starts to pick up some char on each side.
6
Cut the kernels off of the corn cobs & stir them into the chorizo & onion mixture with the plums, figs, sherry vinegar, parsley & olive oil. Gently warm through in a frying pan on the stove, stirring.
7
Get a well-oiled frying pan or grill very hot over high heat. Sear the secreto on both sides until just cooked to your preferred doneness (the Spanish typically cook Iberico to medium rare (130°F), but the USDA recommends all pork be cooked to 145°F).
8
Remove the secreto from the heat & let it rest, loosely covered with foil, for 10 minutes before slicing.
Browse More:
Pork Recipes
Flank, Hanger & Skirt Steak Recipes
Fig Recipes