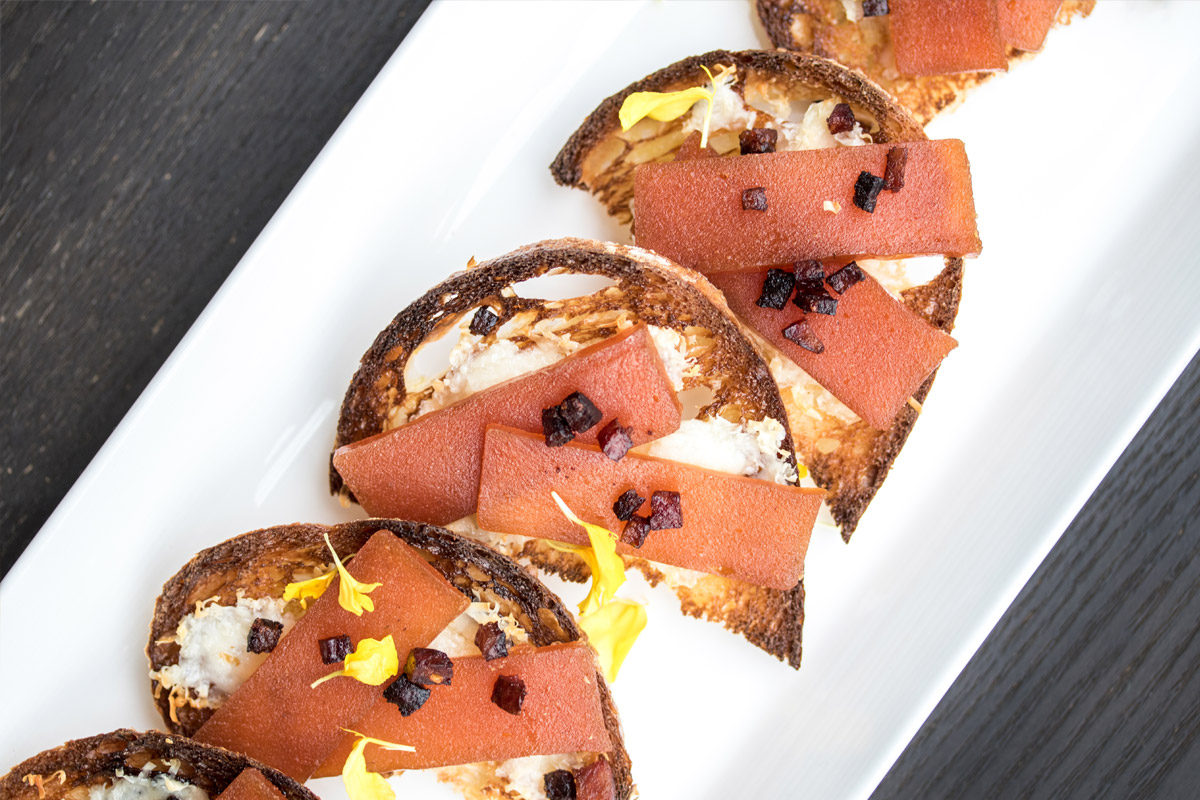 A crispy blend of sweet, savory, porky & cheesy goodness that evokes a much classier version of Hawaiian pizza. 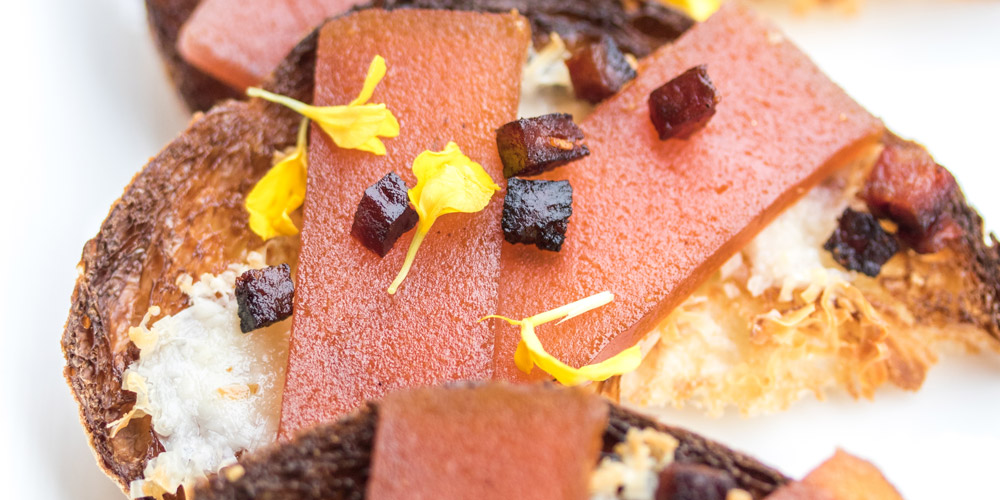 1
Brush the sourdough slices with olive oil on one side. Spread them out on a baking sheet and broil them until lightly crisped and browned. Remove them from the oven.
2
Put 1 tbsp of finely grated manchego cheese on each crostini.
3
Put the cubed sopresatta in a frying pan with a ½ tbsp. of oil. Slowly render it until it crisps up.
4
Lightly broil the crostini, just long enough to melt the cheese.
5
Top each crostini with some of the sopressata cubes, guava slices, and (if desired) marigold petals. Drizzle with the olive oil. Serve.
Browse More:
Guava Paste Recipes
Cheese Recipes